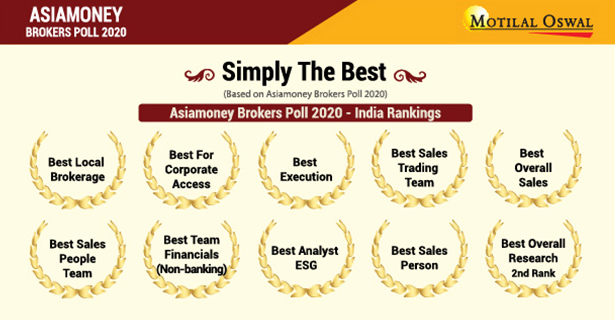 Defence-oriented stocks are reacting to Defence Minister Rajnath Singh's tweets on Sunday where an embargo was imposed on the imports of 101 defence items. The Ministry of Defence has prepared the list of those items. Contracts worth nearly 4 lakh crore will be placed upon the domestic industry within the next six to seven years. The list includes Wheeled Armoured Fighting Vehicles (AFVs) with indicative import embargo date of December 2021, of which the army is expected to contract nearly 200 of them at the cost of over Rs 5,000 crore. The embargo on imports is planned to be progressively implemented between 2020 and 2024. #MOMarketUpdates #DefenceStocks #indianstockmarket #Nifty #sensex #bse #NSE #MotilalOswal

On our website, we use services (including from third-party providers) that help us to improve our online presence (optimization of website) and to display content that is geared to their interests. We need your consent before being able to use these services.